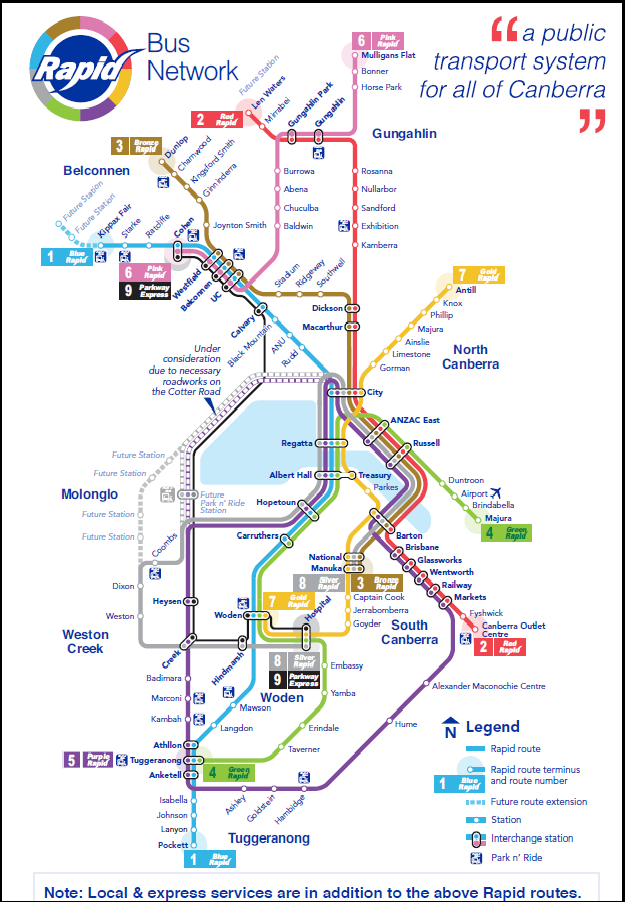 Eight Rapid bus routes across Canberra, City to Airport bus services and faster non-stop suburban bus services to the major central work hubs are just some of the features of a Canberra Liberals government’s plans for the future of public transport in the ACT, Shadow Minister for Transport Alistair Coe and Leader of the Opposition Jeremy Hanson announced today.

“Today we are announcing the biggest public transport reforms in the history of the ACT. Our plan wills serve as the blueprint for the future of public transport, for all Canberrans. Bus public transport has great potential in Canberra and we want a network that services as many Canberrans as possible,” Mr Coe said.

“The plan will be funded through the existing resources of ACTION and the reallocation of the funding for the Capital Metro Agency. The initiatives include:

- A better fit-out for new buses focusing on accessibility and comfort as well a new colour coding system.

- A trial of electric buses with a view to the establishment of a fleet of electric vehicles.

“There are also plans to upgrade bus stops with all weather shielding and real time information displays, trial electric buses and enable MyWay cards for other purchases,” Mr Coe concluded.

“The Canberra Liberals’ vision for public transport offers much better access and timeliness for all of Canberra as opposed to Andrew Barr’s light rail which will only service a fraction of the population,” Mr Hanson said.

“Canberrans have a genuine choice at the next election, our enhanced bus network with better services across all of Canberra or Andrew Barr’s unaffordable and unviable trams,” Mr Hanson concluded.