The money hungry ACT government is slugging households more and more in today’s Budget, while future generations will be forced to pay for the incompetence of Andrew Barr as Treasurer.

The bottom line is, this Budget will make it more difficult to live, work and raise a family in Canberra, Leader of the Opposition and Shadow Treasurer Alistair Coe said today.

“While Andrew Barr has his own spin, the real numbers in this Budget paint a worrying picture. The ACT’s net debt will reach nearly $3.5 billion next year Revenue for the first time will exceed $6 billion.

“The ACT government is gouging record revenue from Canberrans but it’s clear to everyone across town that we’re getting less and less in return. The quality of local services is declining while costs continue to rise.

“Andrew Barr’s rates increases are driving people across the border.

“We’re being gouged across the board.

In this Budget, the take from: 

“The cost of living is too high and it seems the government is profiting from the demise of those Canberrans that will need to go into survival mode as a result of this budget,” Mr Coe concluded. 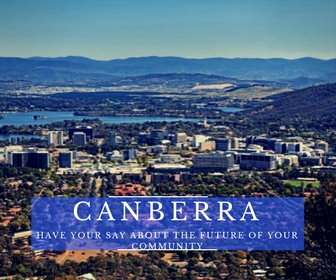 “This exciting new initiative will enable Canberrans to interact online about local issues that are important to them, and will allow the Canberra Liberals to consult even more broadly on issues to aid in positions and policy development ahead of the 2020 ACT Election,” Mr Coe said.

“The website, www.haveyoursay.net.au will provide another way for Canberrans, particularly those who are time poor, to interact with us and have their say about various issues in the ACT community.

“The Canberra Liberals already have a strong positive record on community consultation, but we want to make it even stronger with www.haveyoursay.net.au

“If only Andrew Barr and the ACT Labor/Green government had consulted on issues like public housing, residents across several suburbs wouldn’t be dealing with the mess they’re currently in.

“The Canberra Liberals are interested in empowering the community, not destroying opinions of those who are impacted,” Mr Coe concluded.

·         The level of demand from business and clients for a new centre and the likely economic impact of a new centre on Canberra;

·         Whether the “Australia Forum” proposal has the support of stakeholders;

·         The amount of work required to take the proposal to an investment ready stage;

·         The appropriate source of funding (federal, territory or private sector) for each stage of the project;

·         The level of priority that should be given to a new convention centre in relation to other infrastructure projects in the ACT; and

·         Other matters arising during the course of the inquiry.

Today, 30 March 2017, the Chair of the Standing Committee on Planning and Urban Renewal, Caroline Le Couteur MLA, advised the Legislative Assembly of the Committee’s decision to initiate two new inquiries.

In one inquiry, the Committee will inquire into Housing in the ACT, in particular ‘into the interaction of population growth, housing affordability, housing diversity and design, consumer behaviour, and suburban and environmental impact of residential development in the present …  Assembly’.

The Committee, in this inquiry, will consider a number of issues, including:

Through the course of this inquiry the Committee will take into consideration a broad range of views, in depth, and it intends to report to the Assembly by the last sitting day of 2018.

In its other inquiry, the Committee will inquire into billboards for outdoor advertising in the ACT. This will include consideration of:

This inquiry is narrower in scope and the Committee intends to report to the Assembly by the last sitting day of October 2017.

Both inquiries are open for submissions.

Media inquiries: Committee Secretariat: 6205 0137 or This email address is being protected from spambots. You need JavaScript enabled to view it.

Closure of SHOUT and the impact on its Member groups

Last month, some board members of SHOUT came and saw me to discuss the plight of SHOUT and its future; the devastating effect it will have on SHOUT and their member groups and affiliates due to the refusal or failure of the ACT Government to guarantee funding to continue its operation.

This week in the Assembly, I moved a motion in the Legislative Assembly calling on the ACT Government to:

In speaking to the motion, I outlined the valuable work SHOUT and its member groups do for Canberra families and the tragic consequences of them not securing ongoing funding.

I highlighted the numerous efforts that SHOUT had made from July 2016 to meet with the relevant Ministers and their directorates, of the vague promises they were given and the ultimate decision they took to close at the end of May 2017.

As I told the Assembly:

“So, Madam Speaker, despite all the briefings and all the apparent concern for the future of this organisation it seems that the ACT government has failed or refused to find out exactly what work SHOUT does, the extent of the impact of their work and the extent of reliance their member organisations have on SHOUT and their integral and unique place in our community...

“As Jon Stanhope AO, former ACT Labor Chief Minister and Patron of SHOUT says, and his previous role in this Assembly means his words do carry some credibility when he says this,

“Every government in Canberra since the 1980s has, for starkly obvious reasons, regarded the funding of SHOUT as a priority. The decision to cease funding SHOUT has, therefore, to be interpreted as meaning that the government believes that it is either now redundant or at best that its existence and operations are not now regarded as a priority.

The same government that yesterday, had its Deputy Chief Minister saying:

Are the Canberrans who live with a disability or a health chronic condition not worth this type of passionate response from the government?

A full transcript of the debate can be found at http://www.hansard.act.gov.au/hansard.

We will continue to press the ACT Government on their refusal to support SHOUT and with it, its member groups and affiliates, at the time they need it most.

I hope that my efforts on behalf of the Canberra Liberals, together with wider community pressure, will convince the ACT Government that such groups must be supported.